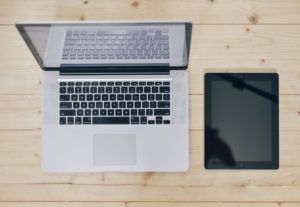 I have been in the car industry for all my life, and employed for 18 of my 37 years on the planet breathing air.  I have never witnessed an industry that get’s so much bad press and ridiculed like the Car Business.  It seems every customer who has a bad day or a bad experience hammers the car business and down plays the industry, the people who work in it and the integrity of the business as a whole.  Well here’s my outlook, intake, out-put and reciprocation on all the bad press, the reputation and the glorified horror labels that punish and criticize this business.

In the car business and the industry in general I have met some of the highest character, hard working and just overall good people compared to any other industry.  On the flip side of the coin I have met some of the lowest, most conniving, high pressure people in this industry as well.  How does the car industry: the dealerships, sales people, owners, manufacturers and everyone else in this industry compare to the other thousands of industries out there?  Well let’s make a little comparison to some big named, highly touted and respected companies who are hated on and can only do wrong, or absolutely do no wrong.  Let’s get started with the one many also hate.

The banking system… Ooh yes they are responsible for all those foreclosures and people losing their houses, it’s all their fault.  If you believe this, you need to do more research.  Now by no means am I a bank advocate or sticking up for some of their predatory lending, and especially what they did to so many small businesses.  However if someone bit off more than they can chew, the economy takes a dump, whose fault is it?  I have many friends and even family who lost their houses, but if they over-extended themselves, were living paycheck to paycheck, whose fault is that?  You probably wonder where I’m headed with this, so let me do a swan-dive right in.

So I had so many accounts with so many banks and financial institutions, my wife was sick of all the statements; not lying so was I.  We had a decent sized bank from the Midwest, but the fact we were moving to the Southwest we knew we needed a new bank.  One thing I appreciated about my old bank was going in, seeing the tellers face, having them as well as asking them and talking about each others families, activities and had so many great conversations.  I could get instant statements, ask questions, confirm any discrepancies and handle everything and anything I needed to handle on my account.  I would go in twice a week and my wife once a week.  We felt like friends, had great relationships and the bank was good for 10-15 car sales for me a year through there business and the referrals and repeats I would get out of that branch.

Well they started nickel and diming me and the fact we had moved across the country we closed all five accounts we had there.  We had been contemplating who to switch our business too.  We chose Chase, nationally they had a bad reputation from the financial crisis, but I had all my business accounts there and they always treated me good, had a great rewards program, excellent customer service and offered a lot of different options for me the consumer and for my business.  The biggest pull for me was their customer service; that’s where I made my money was taking care of the customer and is something I appreciate.

Chase was great, they had a great app and was easy to use online.  Well I think that is where they lost touch with customers like me.  I still liked that warm and fuzzy feeling of walking into the branch and seeing familiar faces with answers to the questions I had, which I usually received.  It seemed every time I walked in with a deposit they quickly walked me out to the ATM to make the deposit.  Here I would handle my business, leave the bank and realize there was a question I forget to ask.  I did not have that engagement, feeling of being appreciated and that business to customer relationship I was partial to. I had more of a feeling of stocked cattle being pushed through the most profitable process.  Then when I went to do online banking the move information I had verified; emails, work numbers and in some cases address wasn’t upgraded from my visits and online changes.

I told someone of this and they replied “That’s just the way things are now.”  Is this true?  All this talk of engagement, customer satisfaction and serving the customer is just to sound good?  Just to sound like they care and the customers wants and needs are what’s most important.  Soaking this all up as a customer satisfaction expert, to me is a farce.  I think the car business is on the right track to fix the holes in the system and process and some of the big companies are out to paint a picture with little reality or truth behind the painting.

My next realization the car business is making big strides and big business is all about making big profits is my latest dealing with Verizon and Apple.  I have dealt with both companies with many devices for well over five years, Verizon for close to 10 and Apple since they opened up to carriers other than AT&T.  I had my six month old $749 IPhone 6 completely die on me while at a major convention where I needed it more than ever.  With a booked schedule and dealing with both stores before I decided to use my four year old IPhone 4 to get me through until I got home a couple days later.  I went to the Verizon store and was told I was covered under warranty and would have a phone shipped in 2-3 days.  I asked about upgrading my current phone to the 6S Plus.  I was aware there would be a premium to upgrade and knowing I owed on my phone ( which I wanted to pay cash but they talked me into financing at 0% ) I thought I could get out of my phone and pay the upgrade charge.  No such luck, I was offered $295 for a phone I paid $749 for six months prior and I still owed $549.  I don’t crumble on the first no with years of sales under my belt, so I talked to Verizon when they called for a survey and nothing.  I asked to talk to a supervisor waited 30 minutes and nothing.  I called apple waited on hold and they pushed me back to Verizon you guessed it did nothing.  I finally received my phone and went to the Verizon store.  The staff was friendly, when I told him what a inconvenience it was at the worst possible time, he said I could go to the Apple store and not to rate him bad on the survey.

Now all this might sound like a bad review, but there is a method to my rant.  I even said this to the last Verizon guy, if you bought a car and had major issues that had a negative impact on a time of need in your life would you want the same replacement?  He said no.  I said what if you wanted to upgrade to a better model willing to pay the upgrade difference and in six months time your car had depreciated 60% would you want to call federal agencies, the BBB and consumer rights advocates?  He said yes.

The point of the post is as hard as the car industry, automotive dealers, vendors, manufacturers and everyone else involved with this business are trying to change the image, I don’t know if they ever will and if it does ever change it’s going to take a long, long time.  Now on the flip side the number one phone carrier and the maybe number one technology device producer as well as one of the largest banks in the world continue to treat customers like a profit factory, yet their reputation may slightly diminish if not grow.  So this is where the realization of reality comes in; it’s not what you do it’s what people perceive you do… This is truly a case of Perception is Reality and it’s not what you do for customers but what your reputation is what you do for your customers.

Another real life blogpost from Noel Walsh CEO of NW&A “Conquer What You Chase” Sales Training as well as the Teacher and Creator of Conquer U online virtual sales training.

“You don’t know what it’s going to be, and that’s a beautiful thing.”